Born in Silver Spring, Maryland where she started out in traditional dancing at the age of 2, this lover of movement and expression has devoted herself to her creative forte. Devon Williams has studied with the likes of Artistic Dance Academy, The Joyce Laverne Studio of Dance, as well as, The Dance Theater of Harlem.

From there she rose to the challenge of becoming a member of The Syracuse University Dance Team, as well as, a member of the Washington Wizard Girls, the official NBA Dance team of the Washington Wizards. During her three-year tenure with the Wizards, Ms. Williams was named Captain for both the 2012 and 2013 Wizard Girl teams in addition to being picked to represent the Washington Wizards in Bangkok Thailand for the NBA 3X Games. At the end of the 2013 season she announced her retirement and was not only named MVP of the year but was also honored with a retired uniform for her work and dedication to the Wizards organization.

Currently Ms. Williams is diligently moving forward in her pursuit of dance by be opening her own dance studio. PROfound Dance Movement will service both children and adults and serve as a place for all ages to learn the fundamentals of dance from the pros!

Devon’s Pro Tip
When it’s audition time, it’s time to bring it! One of the most important keys to success is making sure you have “the look.” Being a great dancer is a plus, but being a sound dancer that looks like a professional cheerleader will get you that much further. You have to look the part to get the part. 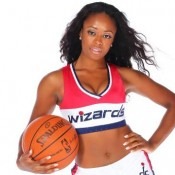 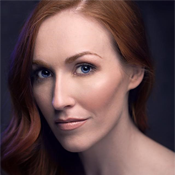