Notes from GeNienne… about Azusa

Azusa Hashizume, who was member of Sideline Prep’s Pro Cheer Playbook Coaching Program, made the team of her dreams… the Washington Redskins Cheerleaders. Azusa made the final cut out of hundreds of contestants. Her journey was a bit more difficult and challenging than most… since she was preparing for the “Pros” all the way from Japan.

Because of her strong dance background and love for performing, Azusa decided to try dancing on a professional level for the NFL. The first step she took was auditioning for a team in Japan. She auditioned… and made it on her first attempt. She danced for a Japanese American Football team called IBM BigBlue for 4 years. She didn’t just make the team, she became the Captain of the team.  Her team won NFA Cheerleaders of the Year 2015 Central Division.

As a next step, she made up her mind to seriously pursue her dream of becoming a professional cheerleader in the United States… with her eye on the First Ladies of Football… the Washington Redskins Cheerleaders. At that time she found Sideline Prep online, took a free training offered by Sideline Prep and then joined Sideline Prep’s Pro Cheer Playbook program. Even though she was in Japan, she actively participated in every single activity, conference all, check-in assignment, and group challenges that the Pro Cheer Playbook offered. Since she could not participate in person at all the events, she emailed dance and technique videos to get critiques and things to improve upon before auditions. Azusa also attended the annual Pro Cheer Audition Prep Workshop in January 2016 where she met many current pro cheerleaders and had the opportunity to learn choreography from the coaches of the Washington Redskins Cheerleaders, Washington Wizard Girls, Baltimore Blast Cheerleaders, Richmond Raiders Cheerleaders, and the Lady Hawks Cheerleaders.  She even got to meet the coaches of all the teams and ask them questions!! 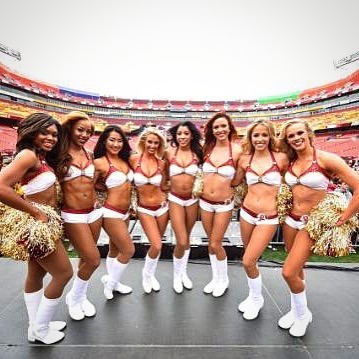 Ever go to a professional cheer/dance prep class, workshop, clinic or audition and feel discouraged, overwhelmed, intimidated, or frustrated? Been there and done that for sure! We all have our ups and downs… because with joy sometimes comes pain. That’s just life, right? Well, when we are met with overwhelm, diversity or hard times, it can be hard to push through. Yet everyone says:

“Be positive!”
“Go for it!
“Be more confident!”
How do you handle these negative feelings? How do you become positive and still go for it? Do you use these feelings to motivate you or are you going to give up?

You already know what I want you to do… but check out this video for a few actionable tips to push you forward!

Want to join the discussion?
Feel free to contribute! 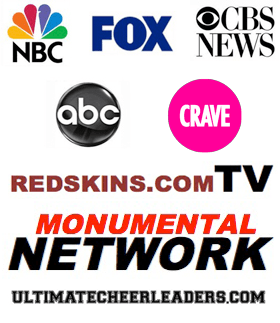 Will My Age Prevent Me From Making the Cut?
Scroll to top