Taylor began dancing in studios at a young age. She joined a competition team in High School and began assistant teaching in her High School dance classes. She continued her dance education at Austin Community College and later Graduated from Texas State University with a Bachelors in Business Management and Minor in Dance. She taught multiple dance styles in studios for five years and then began her professional cheerleading/performance career at age 21 with an AHL team, Texas Stars Ice Girls. She moved on to dance for a NHL Team, The Tampa Bay Lightning Girls and two NFL teams, the Miami Dolphins and the Houston Texans. She is currently dancing for her third NFL team, the Jacksonville Jaguars. 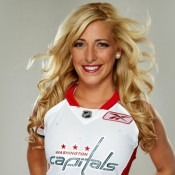